Once I saw Brandon Wilson’s note on Xbox 360 Controller Security and become curious about how its really works and decided to take a look by myself.

It was my first Xbox 360 related work and Xbox 360 seemed for me much more simple from software and security point of view than PS3. Just a few modules, kernel (xboxkrnl.exe) and 256kb hypervisor which is used mostly for kv (key vault) management.

At PS3 there are about 400 modules (which are sharing alot of the same and unused code), big hypervisor, kernel and SPUs.

Microsoft ships XDKs (Xbox Development Kit) with zeroed root encryption key, and so updates provided with it are not encrypted and contains debug symbols, even for kernel. And kernel itself looks like a lib and can be debugged on XDK? (Not sure about that, never had one)

So it was a matter of seconds to find XSM3 algo.

After Xbox 360 gets all descriptors from controller, and interface descriptor string “Xbox Security Method 3, Version 1.00, 2005 Microsoft Corporation. All rights reserved.” it starts to send auth packets.

There are my sniffed packets:

Category and VendorID are important bytes. Each device type like wireless controller, wired controller, webcam, memory unit, etc. has their own category. VendorID can be 2 types: Microsoft / 3rd party.

Depending on this bytes encryption key is chosen.

The full reverse engineered algo among with my sniffed usb traffic can be found on my github.

Algo is big, obfuscated and unfortunately contains custom crypto algorithms. I tried to cheat on it: checked pc drivers, xbox sdk, windows debug symbols with hope that Microsoft used it somewhere else, but nothing of that succeeded so I ended up rewriting this algo from PowerPC asm to C.

I did this research back in 2013… who would guess back then that Hex-Rays will release PowerPC decompiler ???

The problem with it that Xbox 360 encrypts hardware serial with fixed key and sends it to usb device. From now on Xbox uses per-console key from kv (key vault) for crypto.

This keys are precalculated from hardware serial on factory, and secret part to do serial to per-console key is put to authorized devices.

Okay, so what now?

Xbox controller, Skylanders Portal etc. uses Infineon TPM chip. But what about unauthorized devices? There are so many of them! Devices like Cronus and XIM need wired controller to bypass auth. Looked at some Chinese ones but they use real MS chips. Seems Datel was the only ones who really cracked it and were selling their own controllers. In one of them I found out 2 MCU’s. One is SiTel SC14450 - a DECT phone controller, probably abused for the radio interface. The other is an unknown 16 pin microcontroller, marked ‘Raw Science’ (this is a Datel company).

DFU firmware for SC14450 can be found in updater, it is CompactRISC CR16C 16-bit microcontroller, but firmware does not contain anything interesting, all cmds are passed direct to the Datel ‘Raw Science’ chip. 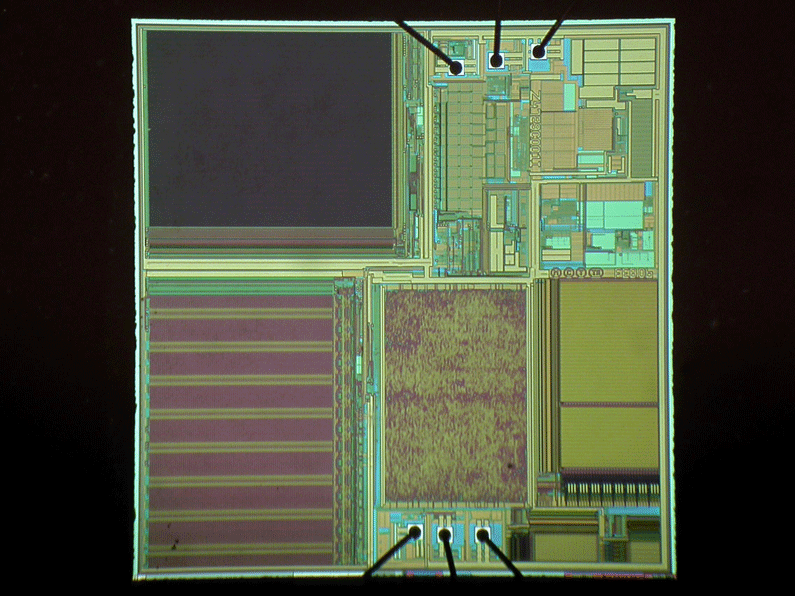 Datel chip was decapped. Looks like a smart card or SIM chip, 6 wires, rom, flash & ram. But I was not able to recognize this chip. Wild guess was that MCT = MicroChip Technology, but its not PIC. 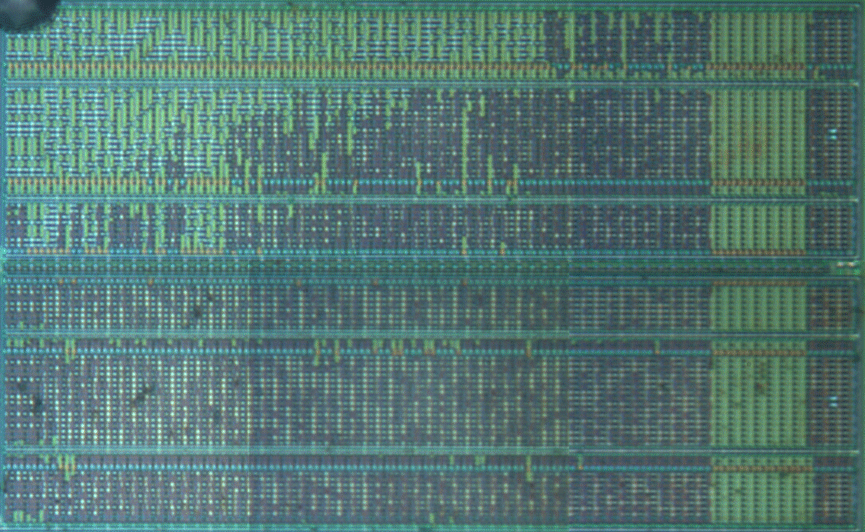 Masked rom is not big and easily recognizable so it was not hard to get bootrom dump. Its based on 8051 architecture, but it did not hold anything interesting or something that will help us acquiring secret part.

So at this moment Xbox Security Method 3 is reverse engineered but secret algo to do serial to per-console key is still secret.

To be continued in Part 2…